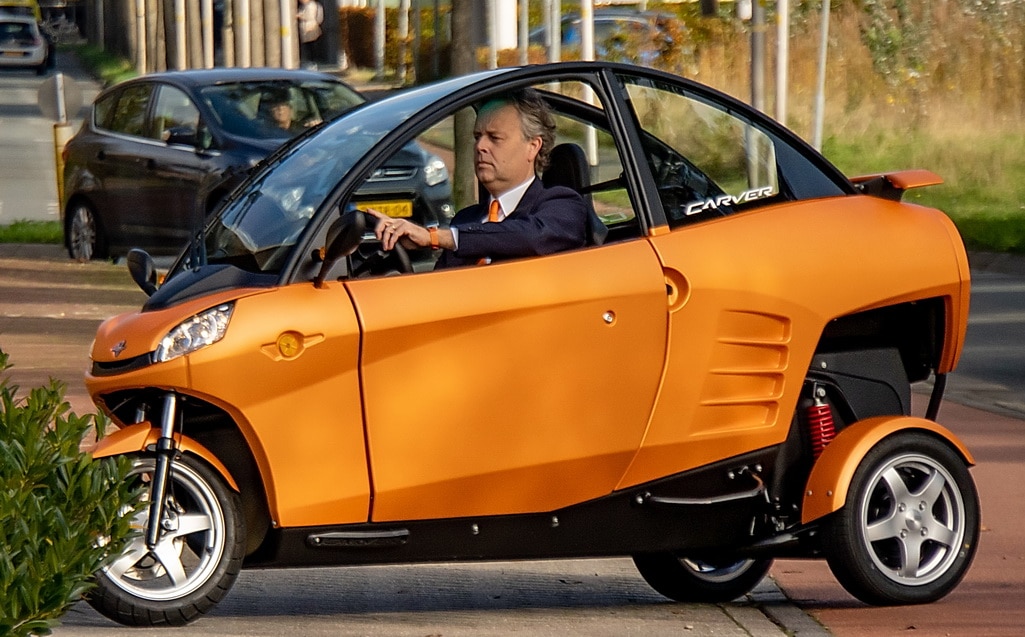 Interview with alderman Willem Joosten: “My bicycle has been gathering dust for two months now”.

For short distances, you easily take the bike and for longer distances you quickly choose the car or public transport. What do you do if your journey is just too long by bicycle and just too short by car and not responsible? Willem Joosten, alderman for economy and mobility in Leiderdorp, had to deal with this. Not only as an alderman, but also as a user. Because cycling through the rain in his suit was not an option for him, so he looked for an alternative that was electric and covered. For him, the Carver has become the perfect solution.

Willem Joosten’s interest in Carver is largely due to his position as alderman for Economy and Mobility. Especially now in times of Corona, he finds it important to buy local: “Be Loyal, Buy Local” emphasises Joosten.

“Dutch products and innovation are important to me. That is why I like the fact that the technology of the Carver is a Dutch invention, but also that it is a Dutch company.”

Joosten has to deal with new forms of mobility on a daily basis: “That is what I am confronted with as alderman for traffic; new vehicles that all require an adjustment in the public space. Think, for example, of the energy transition, such as parking spaces where you can charge electric vehicles.”

For travellers who have to travel short or long distances, the infrastructure in Leiderdorp is perfect. People can easily go to Leiden by bike and there is commuter traffic to Amsterdam, but for medium distances there is not always a solution.

“We have adopted a mobility vision and looked at how our population is structured in terms of commuting. What you see is that there is a gap in the distance 7-15 kilometres. For cyclists, it’s just too long. By car it’s actually too short and public transport is often not efficient enough, which means you often have to change to get to your destination.” “Electric bikes or electric mopeds are often used for this. But if I look at myself, that is not the solution. As an alderman, I often have to go to Katwijk or Oegstgeest. I’d rather not go by car or bicycle when it’s raining in my suit and all my gear. That’s why I was looking for a more effective and quicker way of transport that would also keep me dry. And the solution became a Carver.

Challenges as a driver of a new and alternative vehicle

As a user of the Carver, and precisely because it is a new, alternative vehicle, Willem can use his experiences in his work as a councillor for mobility: “What happens to you on the road when you drive? What do you run into? What’s the advantage and what’s the disadvantage?”

Parking is sometimes a puzzle. Because where can you park with the Carver? In Amsterdam there is a special regulation that forbids this kind of vehicles to park on the pavement, unless it is a registered disabled vehicle. What remains then are a lot of parking spaces that are too small for a normal car, but where the Carver fits perfectly.

In the Leiderdorp region the Carver can (still) be parked on the pavement, as long as the vehicle is parked carefully. Willem Joosten does indicate that in the longer term it would be undesirable for the entire pavement to be filled with vehicles.

“I park the Carver myself in a parking space where a car would never fit. It gives more space, several such vehicles fit in the space of a car.”

How does the Carver keep up with traffic?

Because the vehicle is very narrow, Willem is able to drive through everything that cannot be done by car. For example, he also has a business in Leiden, for which he sometimes uses the Carver.

“I sometimes use the Carver to transport orders. I can drive everywhere, easily with 18 kilos of coffee on the back seat. That way I can slalom past all the blockages you normally have with a car and get everywhere quickly.”

“I drive mainly in the built-up area, in the village and in Leiden, where you can keep up with the traffic. On most stretches you don’t drive faster than 50 km/h anyway.”

To clearly understand the advantages of the Carver, one should not compare it to a car, Willem states. In that case it is only about tax advantages, like no road tax and a cheaper insurance. In terms of price you could also buy a small car.

“It’s all about being able to move around quite easily in the Carver.”

“If you think of the Carver as a luxury, covered moped, then I think it’s fantastic. You can sit in it for two, it’s relatively warm and you stay dry. You can put on the music and you have windscreen heating. In that case, compared to a moped, it’s very comfortable, especially if you’re sitting in it with two people.”

“What’s nice is that you have the idea that you are driving freely because there is so much glass. You drive very open. Of course the Carver is covered, but it feels open when you slide the roof off. You don’t feel locked in.”

“I have to admit, the Carver is quite basic and spartan, but I don’t mind that. You have direct control, and it drives sporty. The Carver reacts to your steering wheel so you are always actively driving.”

“The Carver is also a replacement for a second car. I have a Hybrid now, and I have to say I don’t use it much. In a short time (2-3 months) I’ve already driven 600 km with my Carver. For small errands and outings I leave my car at home. I can well imagine why people use the Carver instead of a car. Within the action radius I can easily go anywhere.”

Is it worth the investment?

For the business driver, Willem considers it worth the investment. “I bought the Carver on a business basis, which means that I get the VAT back, and there are also all kinds of tax benefits. That’s why it cost me about €4500 in the end. If I buy an electric scooter, for example a Vespa, I’ll also spend that amount.”

Apart from the fact that the Carver has a fun factor, Willem says that he also likes the high attention value. This was also one of the reasons for Joosten to buy the Carver. He had magnetic plates placed on the side of the Carver. He can stick the logo of his shop or the VVD logo on them.

“Everyone is looking at the Carver! I have indicated to my department of the VVD here in Leiderdorp that we can use the Carver as a campaign vehicle. My Carver is orange, of course, so that works out well.”

What about the bicycle?

To the question whether he still uses the bike, Willem laughingly replies: “No, that’s very bad. I think that since I got the Carver, I haven’t used it for 2 months. It’s gathering dust. I take the Carver easily, I just jump in and off I go. I often take stuff with me, and on the bike that is too much hassle for me. In bad weather, I’d normally take the car, but now I take the Carver.”

“You can charge the Carver for €1-, and I have a charging station in front of the door, so I can charge it everywhere. I think the Carver is a mode of transport that will be important for the future. Especially for people who are looking for a vehicle that is covered, electric and that you can drive quickly to your destination.” 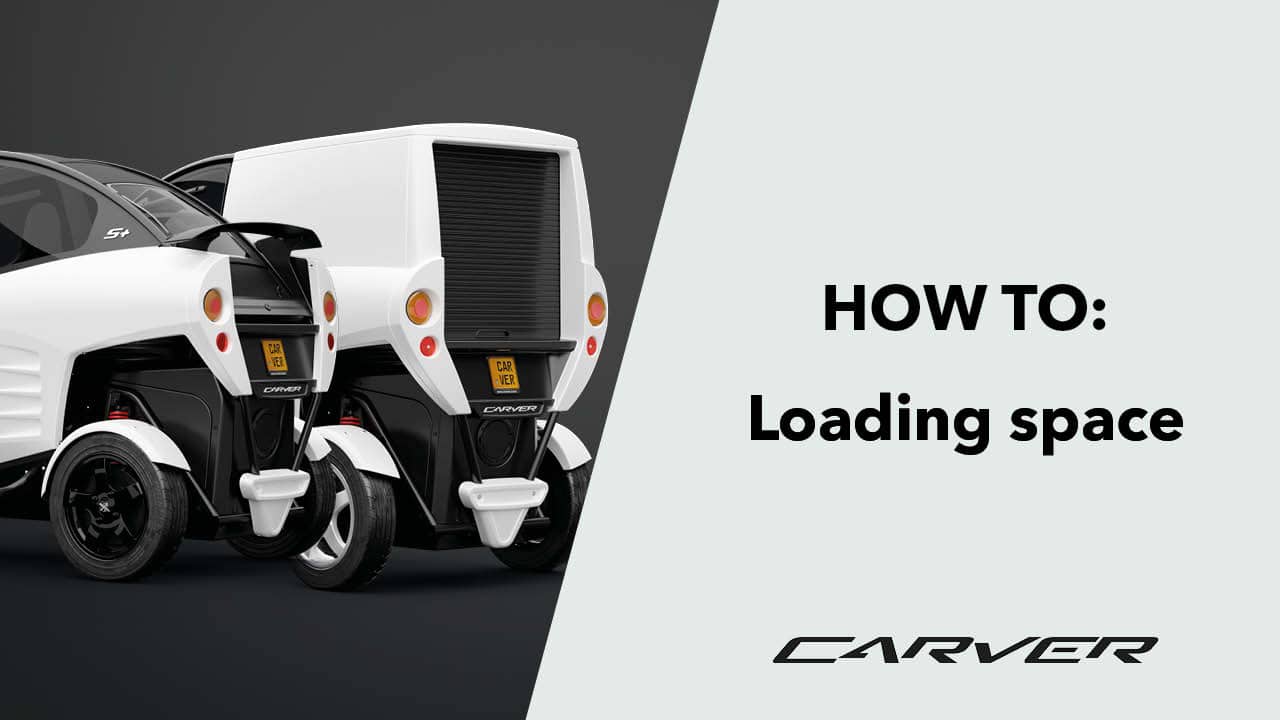 How to: cargo space 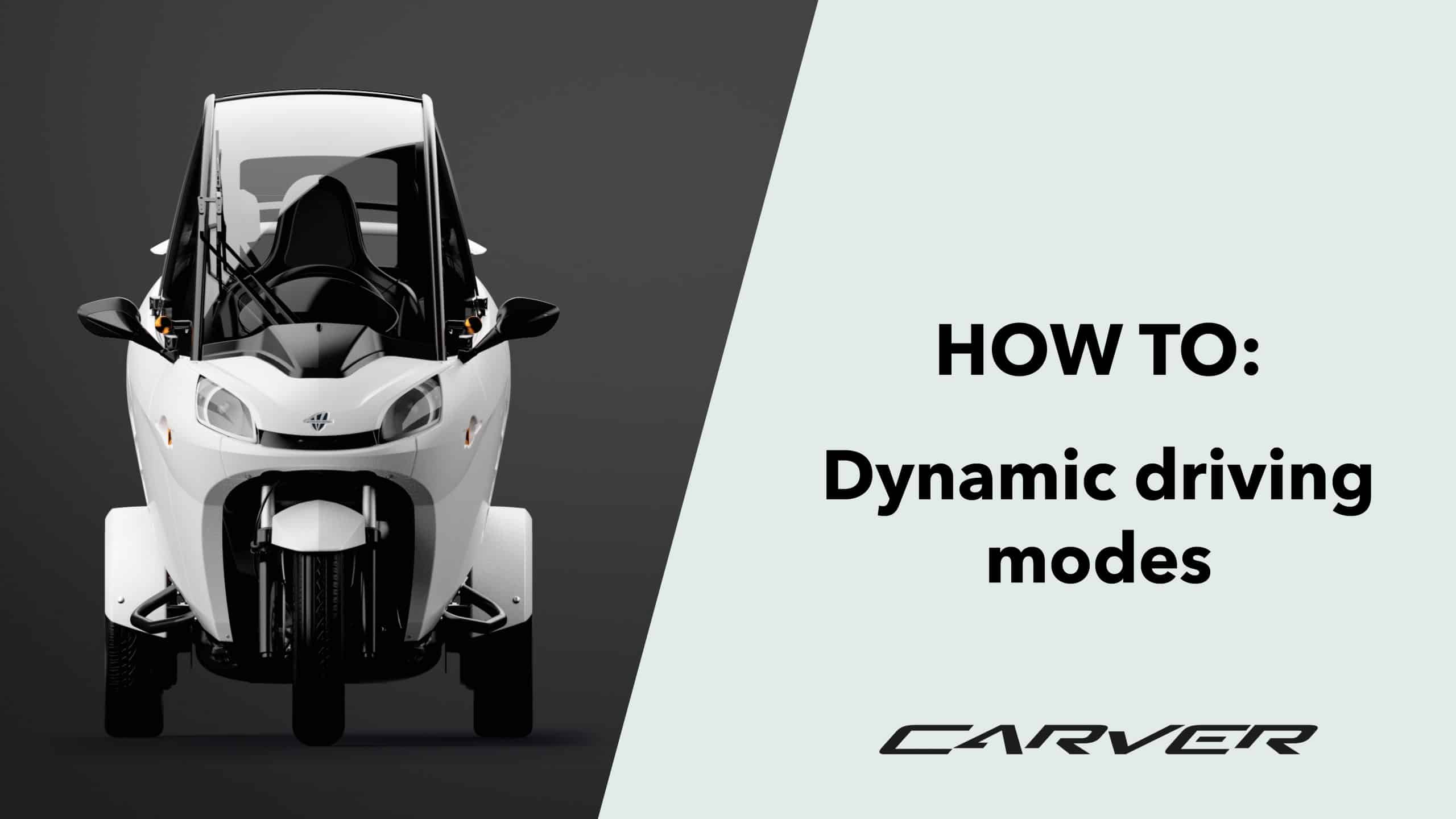 How to: Dynamic Driving Modes 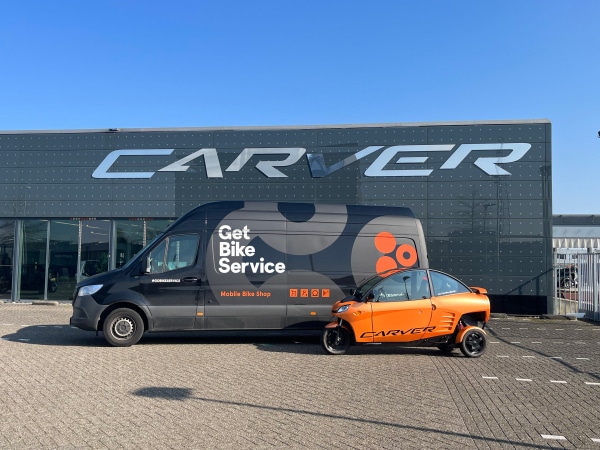 How to: cargo space

How to: Dynamic Driving Modes