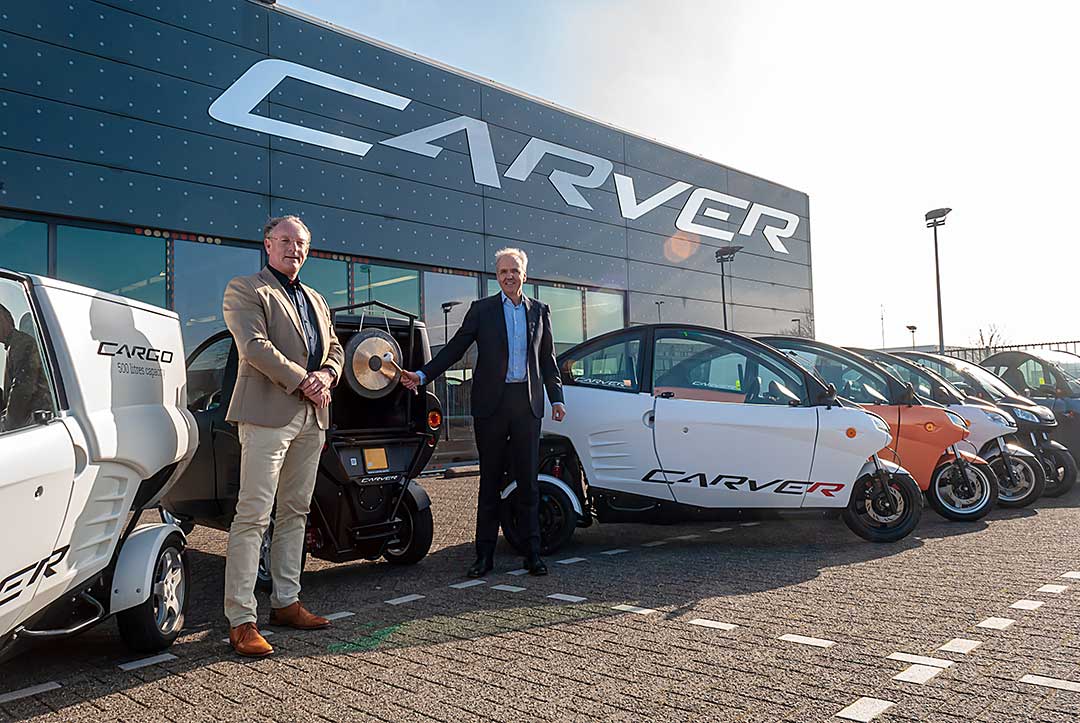 CEO Anton Rosier expects to sell at least 1200 Carvers this year. Partly thanks to the new Cargo variant, an alternative to delivery vans in urban areas, which will be delivered from the end of April. Pharmacists and meal delivery services, among others, have already ordered the Carver Cargo for home delivery.

Carvers and Carver Cargoes are produced in South Korea and the Netherlands. Carver has a licence agreement with the South Korean company iEV. iEV has also started selling the two-seater in South Korea.

Capital is needed to finance its growth ambitions. That is why Carver decided to offer 1500 bonds on the NPEX stock exchange, at an annual interest rate of 7 percent. With success, because all bonds have now been distributed. This means an enormous chance of an even brighter future for the company.

The listed bicycle manufacturer Accell Group is a shareholder of Carver. In addition, NOM and the Frisian Development Company have invested EUR 3 million in the LEVs.